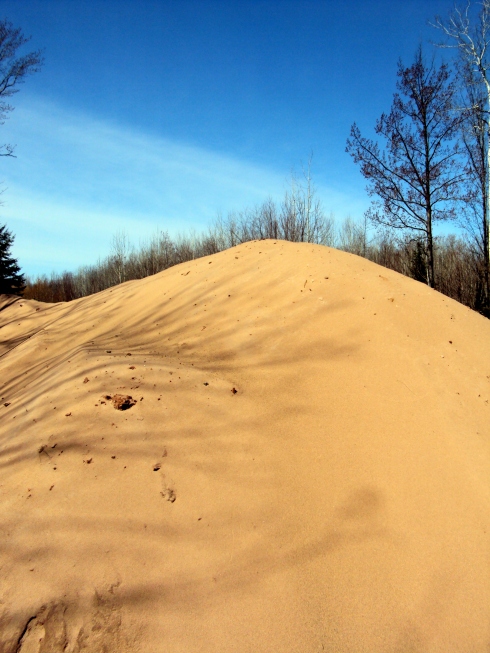 Not so sure whether to turn left or right.

Or whether to turn at all.

It’s interesting:  as soon as my mood goes south…my blog hits dip in half!  This has never happened before in almost 16 months of blogging.  Alas.

Should I get depressed?  Give up blogging?  Try to change the fickle mood into something more positive and upbeat?

However, Fie on that voice!!  I write because…because…I believe the ordinary can be extra-ordinary.   I believe that every day has something special in it; something golden if we simply peer at the right angle. And I believe it whether 5,800 people stop by to read in one day…or if fifty wander by.  Or, darn it!, if one person visits.  Got that, Mind?

And, truly, who do we write for anyway?  Aren’t we writing for ourselves ultimately?  Because it gives us a sense of joy or purpose or connection?  Why do we even care who is reading?

Can we write only because the Inner Muse wants to say something? 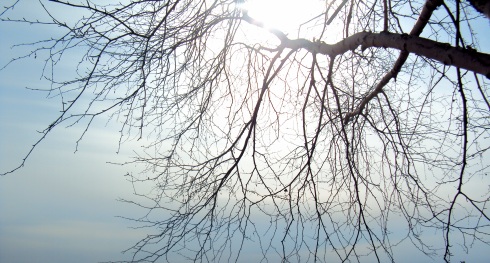 The possibility of sky

On the other hand–see, I can’t help but look at things as “half full” rather than “half empty”–it does feel more cozy with a smaller readership.  Like we’re a group of friends in a large living room, sharing stories.

And it makes me appreciate all of you even more!  Thank you for reading…

P.S.  If some of you have never heard of the saying “goes south”, it means this:

Phrase that originated during the American Civil War. During the early stages of the war Army officers (that had graduated from West Point) had to decide if they were to stay in the Union Army (north) or if they were going to join the Confederate Army (south). If they chose to join with the Confederate side they were referred to as “going south”. It was used as a phrase of derision by the Federals that the defecting officer had made a poor choice or performed a poor action.

Any southerners reading this, please forgive.

I live in the middle of the woods in Michigan's Upper Peninsula. Next to Lake Superior's cold shores. I love to blog.
View all posts by Kathy →
This entry was posted in Uncategorized and tagged blogging, emotions, feelings, life, musings, personal, thoughts, Upper Peninsula. Bookmark the permalink.

51 Responses to When blogging “goes south”