My secret life as a sports reporter 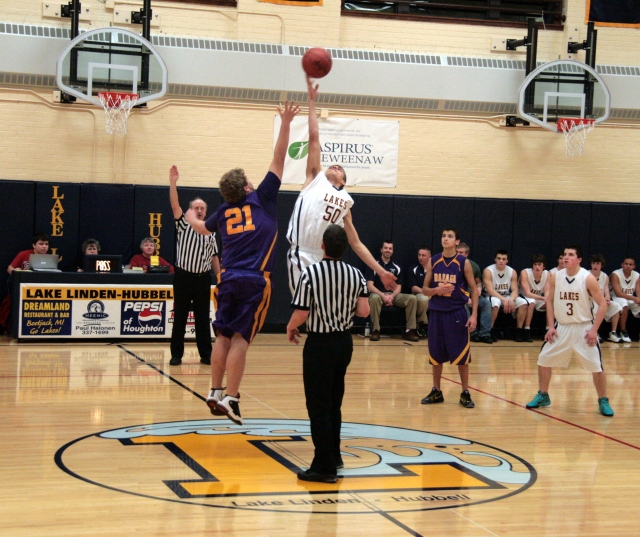 This is Susie Reporter.  Reporting to you live from the Lake Linden gym, Thursday night, January 20th. 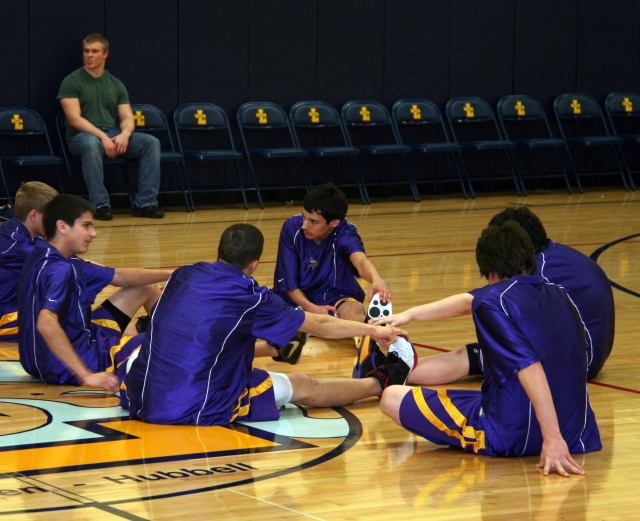 The tension is high.  This is the second match of the season.  Baraga won the first game, 59-41.

The boys are ready to play.

Empty chairs on the side of the basketball court

Susie Reporter’s husband is taking pictures of the game, too.  He’s lined up at the end of the court, under the basket.  Where the action is.

She sits in the stands, propped casually against the wall, aiming her long lens toward the Excitement. 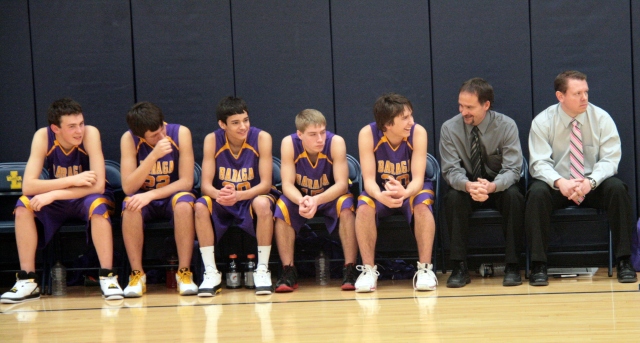 Boys on bench (with coaches)

All around Susie hears the murmur of fans.  They like to direct traffic.  They like to urge their team toward victory.  They tell the coaches and referees and players how the game should be going.

Susie settles against the hard brick wall and tries to determine which setting on her camera will produce clear, crisp photos.  She looks for action shots.

She ignores the people around her who wonder why she is taking so many pictures.  She’s living out her secret life as a sports reporter.

Action shot. Get in there, Purple!

She missed the Junior Varsity game earlier in the evening because she discovered a library–YES!  A library!–in the Lake Linden school.  While her bona-fide reporter/photographer husband snapped pictures of the JV game, she found the library.

A library complete with computers.  A library about to hold its first official book club meeting of the year.

While the nice librarian situated our Susie behind an empty computer, the four book club members filed in.  Cookies and coffee and pop were offered.  A lively discussion began.

Of course, Susie offered her opinion about various books.  Of course she agreed to the delicious cookie–and then another one.  She could have lingered forever among the books and cookies and computers, but suddenly remembered her assignment.

She left the library with admonitions to write kindly about the game.  She agreed. 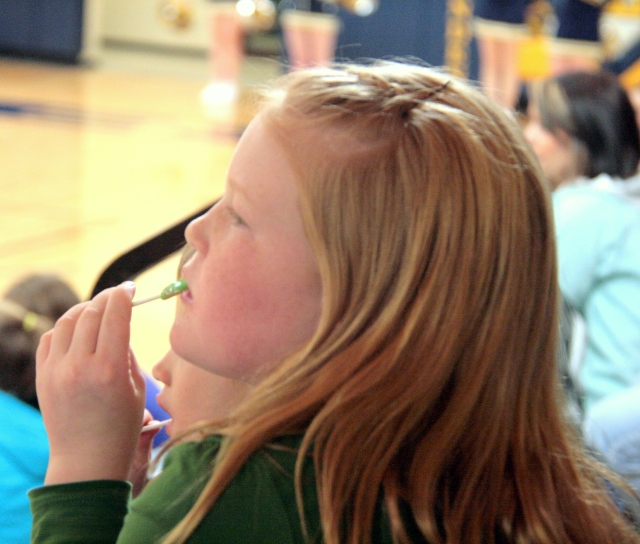 Lake Linden (way, way north of Baraga–Google maps says it’s 47 miles) is situated on the Keweenaw Peninsula.  They get lots and lots of snow.  There was so much snow that Susie longed to take pictures and show her readers.  But it was after dark.  She had to settle for sports photos.

Lake Linden features one of the remaining old-time gyms.  You enter the front door and turn left toward the gym.  You face a rail which looks down on the basketball court.  You must walk down a narrow stairway to reach the gym below.  There you will find bleachers at court level.  (There are bleachers up above, too.  Although Susie Reporter has never sat there.  The action is downstairs, you know.) 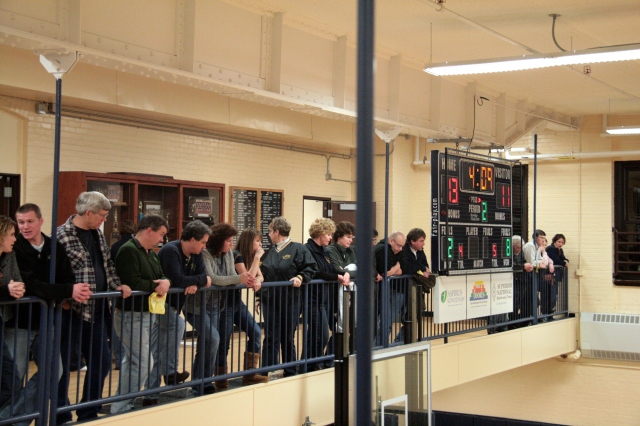 Moms, dads, grandpas, grandmas peer down on the court from above

Susie would prefer not to attend basketball games.  She attended way too many basketball games over the years.  Her own children lopped balls toward hoops in high school all those years ago.  She has tagged along to way too many basketball and football and hockey games in her life, accompanying her husband on “dates”.  (She is not really a sports reporter, readers, but shhhh….do not tell.  She tries to make the best of whatever life offers.  So if life offers a basketball game in the Copper Country in January–well, she’ll try her best to be Susie Sports Reporter.) 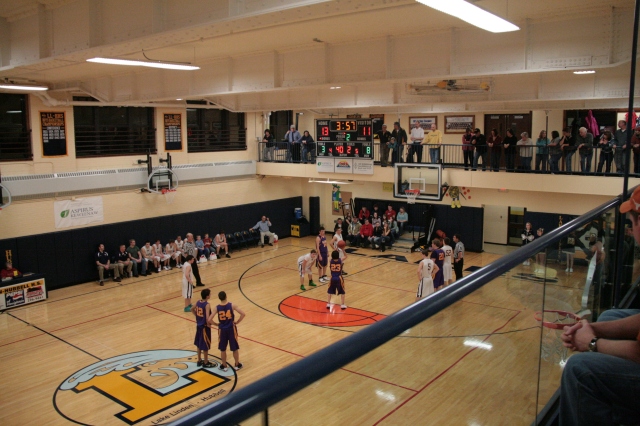 One of the last of the old-time Upper Peninsula gyms

The reporters piled in the car and drove back home.  Susie wondered if she would get ONE picture her blog editor might like.  She wiped the cookie crumbs from her coat and the car headed south through the snow squalls.

Hundreds of Upper Peninsula parents and grandparents and friends were heading home from basketball games all over the peninsula.

This is how many Yoopers spend their weekday nights in winter.

Signing off just as the basketball clears the hoop and the fans cheer wildly,   Susie Reporter

I live in the middle of the woods in Michigan's Upper Peninsula. Next to Lake Superior's cold shores. I love to blog.
View all posts by Kathy →
This entry was posted in Uncategorized and tagged Baraga, basketball, family, game, high school, humor, Keweenaw Peninsula, Lake Linden, library, photography, reporter, sports, Upper Peninsula. Bookmark the permalink.

24 Responses to My secret life as a sports reporter