Usually lots and lots of stories present themselves to the forefront.  (Well, that’s not technically true.  First the photos appear.  Something interesting catches the eye and the camera captures it.  I download the pictures, and suddenly a story presents itself.  The blog basically writes itself.)

Or the reverse happens.  The Universe presents a story, and then supplies the appropriate picture-taking opportunities.  The blog writes itself!  (I swear I am only the typist 90% of the time.)

The last two days have been strange.  I have three, four or five stories with photographs in the hopper.  They sit in the bin awaiting inspiration from the typist.  The stories are ready to go!

It just was the oddest feeling.

Yesterday I went to a Women’s Mid-Winter Spiritual Retreat in a small cabin called “Creek House.”  Somewhere up near Boston Location.  (The old copper mining industry on the Keweenaw Peninsula was always calling the little towns which sprung up around areas of the mines “locations”.)

Initially, I planned to go to the dogsled races in Marquette.  That didn’t happen.  Long story, which involved not feeling particularly well and 50-60 mile winds on Friday.

Then Catherine called.  “Want to go to a women’s spiritual retreat?”

I hemmed and hawed, but finally agreed.

About seven women sipped lettuce soup and chewed chunks of poppyseed-studded homemade hallah bread in the quaint little Creek House.  We navigated carefully toward the door, as the ice in driveways is clear and slick after last week’s thaw and freeze.

We meditated in many different ways.  One meditation involved magical powers…and it proved very powerful for many of us.  I can’t share the particulars of my journey, but it involved silently choking (in real life, while everyone was quietly meditating) until tears poured down by face.  But I utilized “magical powers” to silently choke so that not one single participant knew!

The owner of Creek House flung open two large cupboards on the northern wall to reveal hundreds–no, thousands–of miniature items.  There was a miniature Indian in a canoe, Jesus, a cheese grater, plates, Buddha, flowers…everything one could possibly envision.  We were given a tray filled with sand (and a partner) and instructions to create a scene in the sand.

It could be a scene of our meditation (I couldn’t envision what might represent the magical powers to prevent out-loud choking) or anything else.

Truly, it was fun!  The best part was getting to know my sand-partner.  We are now corresponding via email.

We did lots of other activities yesterday afternoon at Creek House.  We enjoyed silent time.  We filled little books with images and words.  We meditated some more.  We talked.  We silenced.

We enjoyed a middle-of-winter retreat back in the woods near Boston Location, strengthening our bonds with other women…and making new friends.

I was going to take pictures.  But it seemed too invasive to start snapping photos during a women’s retreat afternoon.  And I couldn’t stand the thought of interrupting my own retreat to tell yet another story.

It has been a silent two days.

I’ve decided the story-teller can have her way this morning.  The silent one appreciated her retreat.

It’s interesting balancing the different needs of ourselves, isn’t it? 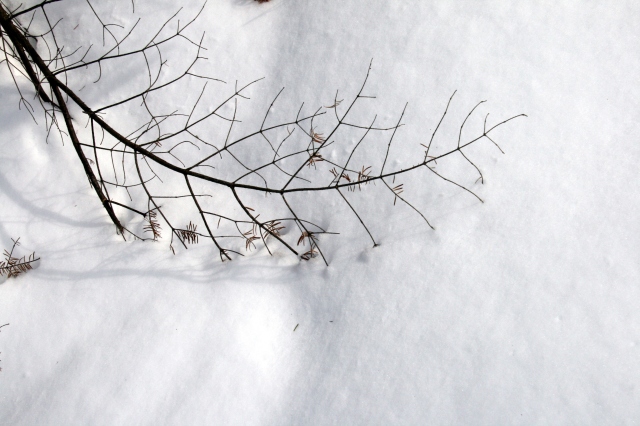 24 Responses to Using magical powers to prevent choking out loud.