Except for those ten minutes cowering in the bathroom at 1:45 a.m., we’re having a swell time in Georgia.

Except for a few moments last night, we’re enjoying our visit with Barry’s parents near Athens, Georgia.  To be exact, we’re staying in a locale called Watkinsville.  His folks moved to Georgia from northern Michigan (not the Upper Peninsula–the north part of the Lower Peninsula) maybe ten years ago.  His brother, Craig, lives nearby.

We arrived Tuesday night before midnight.  We spent most of yesterday talking, laughing, catching up.

Although we talk every week on the phone–sometimes twice a week–so we know what’s happening in each other’s lives.

Little guy with binoculars in front of roses

I wandered around outside the house with the camera, stooping to breathe in beautiful flower scents.  To marvel at the 80 degree weather.  To get re-aquainted with warm sunshine.

And guess what!  They have cardinals– bright red cardinals–chirping sweetly from the trees in their yard. (I never have the camera nearby when a cardinal decides to serenade, darn it.  But there are still a couple of days to go to photograph the beauty.) 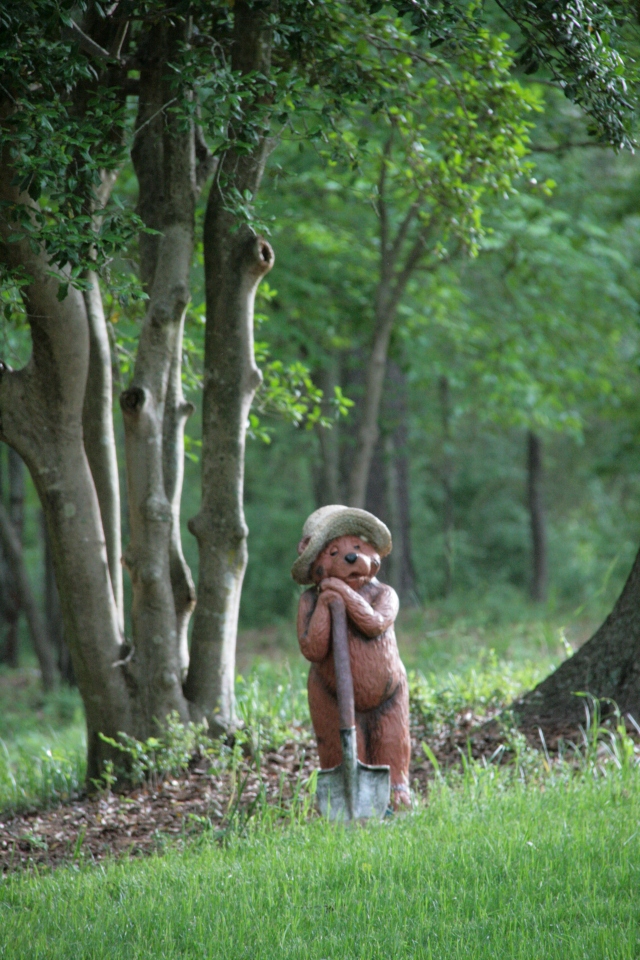 Unknown to us, Wednesday would bring a string of tornadoes stretching 350 miles beginning early in the day with the devestation of Tuscaloosa and Birmingham, Alabama.  The TV began to ominously talk about severe thunderstorms and hail and tornadoes yesterday afternoon closer to us.  Truly, I didn’t pay much attention.  Since we don’t have a TV, my mind no longer focuses on that little black box except when a DVD entertains.  I hoped no one would be hurt by the storms.

We popped in a DVD after dinner:  “The King’s Speech”.  It was quite good, most of us thought.

Bedtime for me:  a little after 10 p.m.  Goodnight everyone!  It’s great to be in Georgia again.

Rhododendron (can you see the tiny red ant?)

I fell asleep.  Until—a LOUD alarm-like sound split through the bedroom.  It was the National Weather Service radio they have on for emergencies.  A fellow announced a tornado watch for surrounding areas.

Would it be possible to sleep again?

Kids in the front yard

Barry came to bed around midnight.  I lay wide-eyed staring at the ceiling, waiting for the next go-round of National Weather Service warnings.  Watching lightening etch against the night skies and thunder rumble in the distance.

About 1 a.m. The Warning came.  Oconee County under a Tornado Warning.
“What do we do?” I asked Barry.
“Wake my parents,” he said.
OK, everybody, time to get up.  We don’t want to be sleeping tonight, do we?  And who knows where that tornado might be?  We traipsed to the living room and settled in front of the TV to ascertain the exact location of the tornadoes.
They were south of us–sitting exactly upon Craig down in his house.  Barry suggested we call him and warn him.  We complied.  He was already in his basement, well protected. 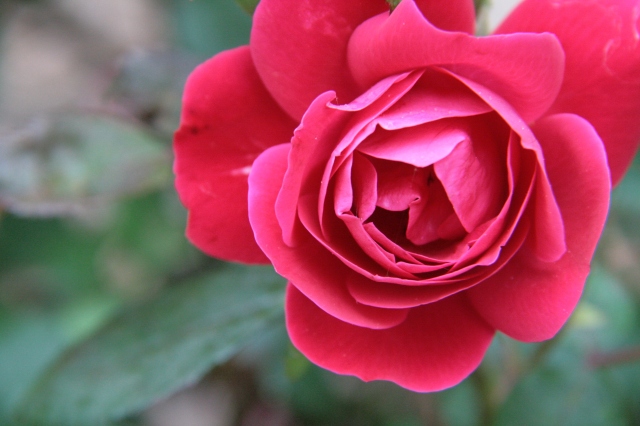 “A rose by any other name would smell as sweet”

Fortunately, after ten minutes, Oconee County was declared tornado-free.  We returned to watching the devastation on TV.  This morning’s reports reveal that more than 150 tornadoes struck last night–perhaps an all-time recent record.  Between 178-231 people have died in the South from these storms, depending on which news report one listens.

It’s hard to fathom the devastation.  Our safe ten minutes in the bathroom and lack of sleep as the tornadoes veered east and north were nothing compared to what others experienced.  Houses and entire towns were flattened by whirling twisters.

Holding the victims in our hearts today as the South views the damage from the twisters and begins the slow painful work of mourning the dead, treating the injured and cleaning up.  Blessings to all.

I live in the middle of the woods in Michigan's Upper Peninsula. Next to Lake Superior's cold shores. I love to blog.
View all posts by Kathy →
This entry was posted in Uncategorized and tagged family, Georgia, life, Miscellaneous, storms, tornado warning, tornadoes, travel. Bookmark the permalink.

28 Responses to Except for those ten minutes cowering in the bathroom at 1:45 a.m., we’re having a swell time in Georgia.