Reflections before the snow…

I am so delinquent.

First, these photos no longer depict what the western end of Michigan’s Upper Peninsula looks like.

These photos come to you from Before the Snow.

Last Saturday eve, to be precise. 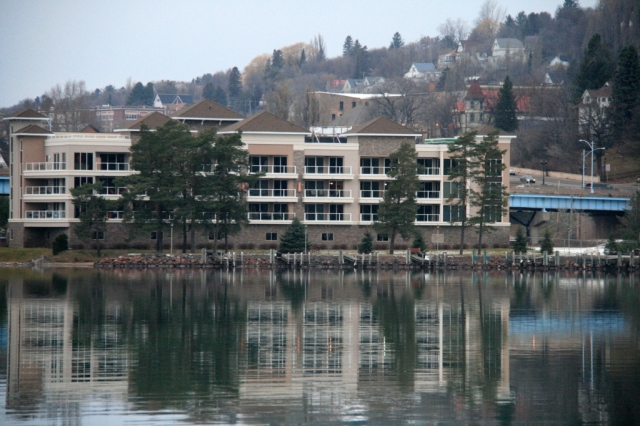 Can you feel the quiet of the descending night?

The way the Portage Canal looked smooth as glass, reflecting every shimmer from the buildings above?

Can you feel the way we felt as the snow approached with stealthy insistence from the south-west?

Can you sense that anticipating feeling when you know the weather is about to change?

That’s how we felt as our eyes lingered in the approaching dusk.  We felt poised at the cusp of something Unknown. 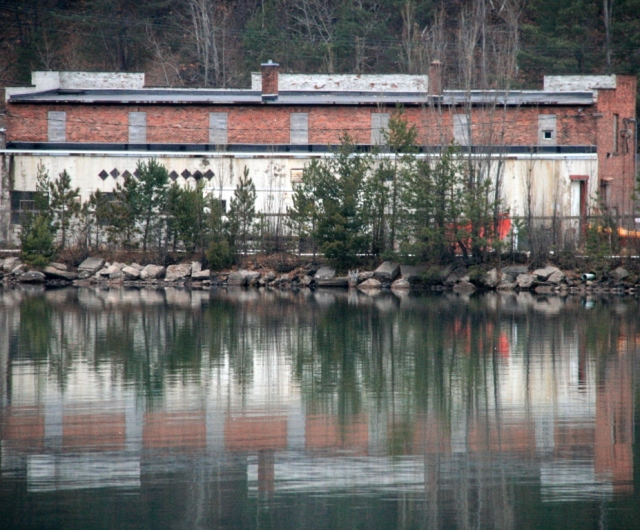 The snow arrived several hours later, gusting its white curtain around all the snug little buildings.

The cold curled its lips as if to announce, “You think you can ward me off forever?  I am here to stay.  Get used to it.”

We’re getting used to you.

My daughter said, just an hour ago on the phone, “Show snow pictures!”

“No!” I replied, with gusto.  “The reflection photos first.”

“No!” her mama replied.  “Reflections first, then snow.  That’s the way it Must be.”

That’s the way it must be.

Because–if I wait much longer–we’ll be buried in the White Stuff and then it will be totally inappropriate to linger before flowing water and reflections.  Ice will have formed, and then Reflections are Yesterday’s news.

The day the moon came down to earth

Back to delinquency.  You may be wondering where the Memoirs are.

They are in hiding.  They are refusing to come out until Your Blogger has some time and inclination.  Last time I needed a good hour’s nap, and I’m frightened that this will be a common occurrence.

I am waiting until perhaps tomorrow morning.  Or Saturday morning.  Some time where a space of time opens up in which to dive headfirst into the elusive past.

Some time when the couch is handy for after-blogging napping.

In the meantime, hoping you enjoyed these reflections.

They may be the last you see for months to come.

P.S.  I am almost–almost–done with the Blogging Christmas cards.  Thirty of you requested my homemade Christmas good wishes.   (I guessed 24 of you would request them.  My daughter guessed either 34 or 36, something like that.   Looks like she might have won…)  The best part has been cards I’ve been receiving from some of YOU!  What a pleasure!  You guys are the best!

I live in the middle of the woods in Michigan's Upper Peninsula. Next to Lake Superior's cold shores. I love to blog.
View all posts by Kathy →
This entry was posted in Uncategorized and tagged blogging, life, personal, photography, reflections, snow, thoughts, writing. Bookmark the permalink.

38 Responses to Reflections before the snow…