The last place on earth, honest

Karma, over there at Karma’s When I Feel Like It Blog, sometimes tempts us with photo hunts.  I’m usually not participating in photo hunts these days, but she truly peaked my interest when she announced her challenge “The End of the Earth.”

Of course, I immediately thought of the following photograph, long tucked away in a forgotten blog folder.  This building exists on the Keweenaw Peninsula in Michigan’s Upper Peninsula, which, as everyone knows, is the The Last Place on Earth.

(OK, we sometimes forget that Ontario, Canada, is directly above Lake Superior. Technically, THAT may be the Last Place on Earth, but for USA purposes, this will do, won’t it? 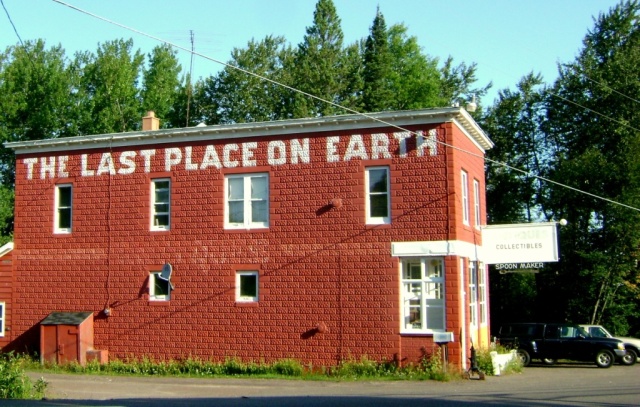 The last place on earth 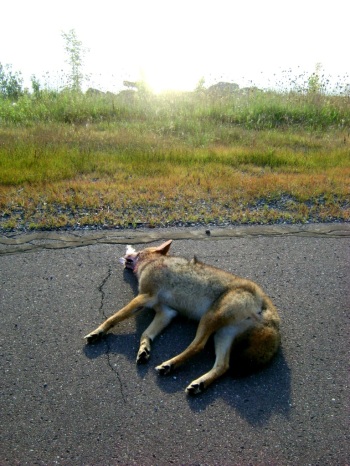 The last day on earth

It is fascinating to ponder the Last Place on Earth.

The photo up above honors one coyote’s last place on earth in 2009.

We can think of this in many ways, Karma.  (Don’t you love her blogging name?  Karma. Those of us who will someday be contemplating OUR Last Place on Earth might do well to contemplate our karma, even if we’re not going to play her photo hunt game, which is due on August 31st, please and thank you.) 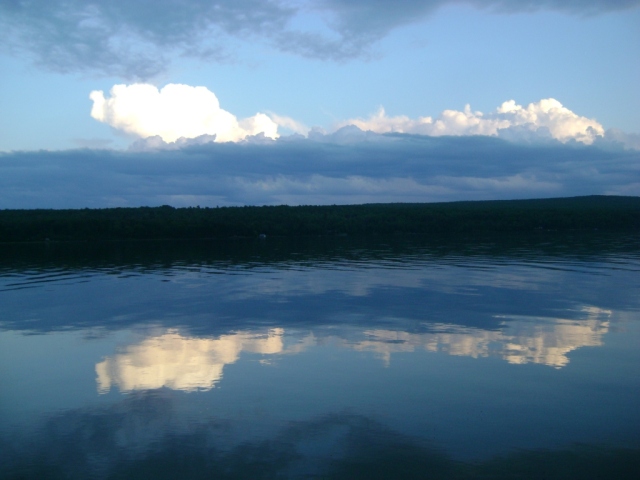 Other times we feel lonely at the immensity.

Sometimes we sense that earth meets heaven here at the edge of the known world. 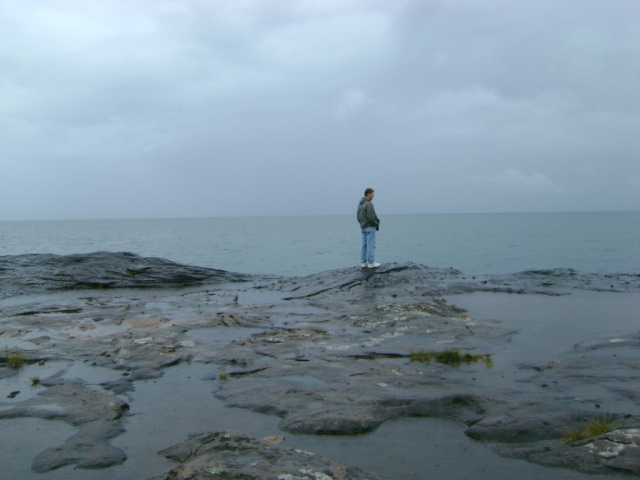 The last time my brother visited the Last Place on Earth, may he visit again soon.

The last place on earth we meet a loved one may be a pivotal place in memory’s coffers.

The last time we hug a mother, a father, a grandmother, a sister…we might honor the sacred soil where our bodies met and hugged fiercely or softly or sadly…  That last place on earth may be seared in our memories, brought forward to rekindle again and again and again.

The last place on earth

There exists a last place on earth where we shall lie covered with autumn leaves.

Or perhaps a last place where our scattered ashes will grow new seeds for future generations of flowers and kindergarteners yet unborn.

The last bench on earth in winter

Sometimes the last place on earth is where we don’t want to be.

We want to be in the first place on earth.

We want to be where it’s warm, where happiness blossoms eternally, where sadness refuses to visit.

I’ve visited the first place on earth, but it doesn’t stay first.  All places on earth continue to transform into something new, sunrise after sunrise, season after unfolding season.

The edge of the known world

Years ago–OK, a couple of years ago–I wrote a blog called “The Edge of the Known World.”  It was written on a frigid February morning as the ice cracked and formed on the Keweenaw Bay (yes, next to the same Keweenaw Peninsula which is the Last Place on Earth, as you’ve learned.)

What exists beyond the known?  The pioneer in us wants to find out, doesn’t it?

Thank you, Ms. Karma, for listening to your inner inspiration which nudges us beyond this middle place on earth where our bare toes feel sand, grass, sidewalk, ferns.

May we all keep our eyes open for all the places on earth–the first, the middle, the last. We mustn’t miss a second of the Magnificence of Being Alive!

(Now, c’mon, you guys, find some pics representing the End of the Earth, post them, and scurry on over to Karma’s to report your entry. You can do it!  Don’t be last…tee hee…)

I live in the middle of the woods in Michigan's Upper Peninsula. Next to Lake Superior's cold shores. I love to blog.
View all posts by Kathy →
This entry was posted in Uncategorized and tagged blogging, death, earth, inspiration, Karma, Lake Superior, last place on earth, life, memories, nature, photography, thoughts, writing. Bookmark the permalink.

67 Responses to The last place on earth, honest