In which I almost run over a black cat

Warning–these photos have nothing to do with black cats

I awoke wanting to write another blog, yet again.

The people-pleaser part of me sternly warned, “Do not write another blog, as you should give people time to digest your former blogs this week.  I mean, c’mon, how many have you written in the past two weeks?  Be silent!”

Because I only listen to the people-pleaser side (and do not let it make decisions, because, gosh darn, that would be against the heart) I refused.

The heart usually gets its way. 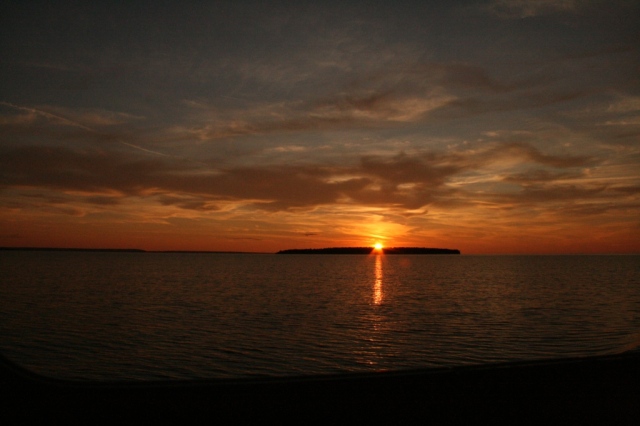 These are from our sunset cruise in Munising Bay last week

The heart will blog because, gosh darn, it has so much to say.  It loves to write stream of consciousness writing.  It does not like to edit, except when it confines itself to 200 words daily, as in the month of July.

I am a very Zen-like simple person in physical reality.

Within the realm of this mind there are hundreds of words dancing together and apart, bowing to their partners, falling in love, crying, singing and trying to blow apart the known world, shame on them or bless them mightily.

Don’t let the sun go down on you…

The inner people-pleaser harped at the school while picking up a trunk load of recycling.  We’ve been emptying the storeroom at the school and out goes six crates of used papers and magazines and books from the early 2000’s.

I volunteer to drive them up to Houghton.  Gosh, we want the school to look nice before the kids come back next week, don’t we?

Besides I can sit in a coffee shop with my laptop computer, Ms. Ellie, after recycling.

The people-pleaser was still harping as I drove toward home.  I needed to do dishes and clean up before recycling because we’ve hired a fella to re-finish our kitchen hardwood floor and the house is a mess.

“You don’t want to write a stream of consciousness blog,” said the inner people-pleaser, because lots of people like your photography posts better, and some of them even like your reflective posts even more, and this one won’t be that.  Besides lots of people like SHORT posts, so why don’t you just shut up for a while?”

“My mom said shut up was a bad word,” I warned that internal fiend. “Besides, remember those sunset pictures?

Don’t let the sun go down on you…

That’s when the black cat ran out in front of the car.

Kathy slammed on the brakes.  Recycling flew everywhere!  Bottles and cans hit the ceiling! The car screeched in protest!

The black cat survived. It blinked.  It walked lazily back to its home, probably purring, barely looking at the smoking stopped car.

I think the cat belongs to my friend, Jen.  I’ve already emailed her.

The best and worst part of living in a rural community is that you know whose animal you might have killed while you were thinking about blogging. 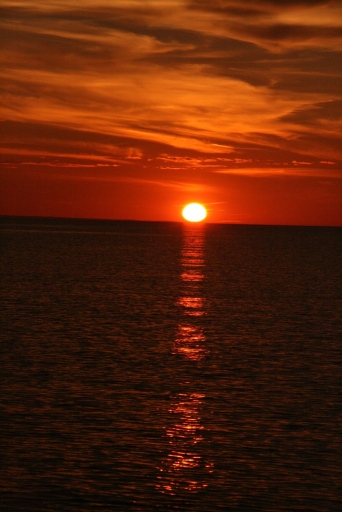 What does it mean when a black cat crosses in front of you?  I searched “Ask” on the computer, which was once called “Ask Jeeves” back in the early computer days.  I could write a whole blog about Ask Jeeves, but you’ll have to wait for another day.

2.  Slow down and swerve to avoid it.

4.  Actually, it probably means (according to superstition) that the cat is going elsewhere and taking its bad luck with it.  So, you might be lucky if you go the other way.

Here’s what Kathy thinks it means:

It means that a black cat ran in front of her and she was at least present enough not to run it over, although that was questionable, considering she was thinking about people-pleasing and why we have so many parts of ourselves which need respectful listening.

Speaking of people-pleasing, I do not like it when I write posts saying I’m a people-pleaser and people believe this is true.   (Go figure!)

It causes me to suffer.

Anyone reading my posts for six days or six months should know that this one never lets the people-pleaser rule the roost.  Well, hardly ever. They should see that I’m bold and fearless and write what the heart wants, shouldn’t they?

Why the heck would they believe my words and not actions? 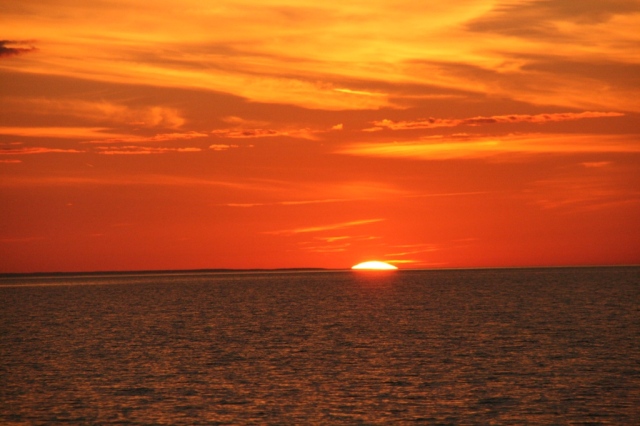 “You’d better not post this one,” said the inner people pleaser.  “You’re better off being consistent.”

“We humans are not consistent,” I reply, “nor are black cats.  Now let’s get in the car and go recycling!”

I live in the middle of the woods in Michigan's Upper Peninsula. Next to Lake Superior's cold shores. I love to blog.
View all posts by Kathy →
This entry was posted in Uncategorized and tagged blogging, life, people pleaser, personal, recycling, stories, stream of consciousness writing, superstitions, thoughts. Bookmark the permalink.