It’s aubergine for the wedding, by goodness!

I awoke around 3 a.m.-ish and began writing a stream-of-consciousness blog in my mind.

“Be quiet,” I hissed to my errant blogger self and rolled over sixteen times.

“There is nothing to say!” I snapped in dismay to the blogging ideas which jumped like fluffy white sheep over the pillow.  “We simply are not writing a post tomorrow, and that’s final!  Go back to sleep!”

The trouble is:  I did a year-long daily post starting Dec. 21, 2008.  You quickly learn you can write about anything.  Your mind can say:  Nothing to say, honey, hang it up…but the truth is, the typing fingers have lots to say.

Thus, a year-long daily blogger never has the excuse any more that there is “nothing to write about”. 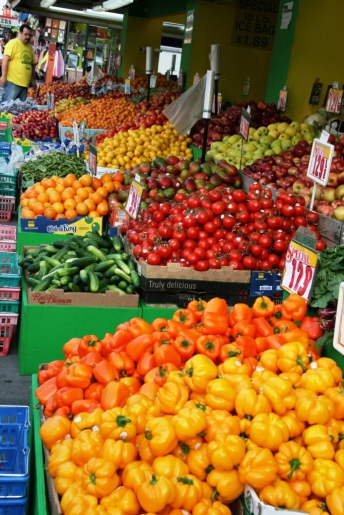 As you shall see, one can even write about fruits, vegetables & dresses.

Let’s start with weather, because we civilized folks like to set the scene with weather.  Here in da Upper Peninsula of Michigan we’ve lost summer’s sweet warmth this week!  Now, what do you know, our trees will turn red and orange and before you know it autumn shall be upon us with her finery.  The down-turn started yesterday.  Temps spiraled to the 50’s (12.77 you Celsius lovers) and it’s all about rain, rain, rain.

At least it’s not snowing yet!

Guess what, friends?  Only two weeks until we leave for the wedding of our firstborn in San Diego, hurray!  We are counting the days.  We got super excited on Sunday while dress shopping in Marquette.  The mother-of-the-groom now has a dress.  It’s an informal wedding, folks.

Your blogger is not usually a happy shopper.  Her family members realize this. She is anti-fashion, except when occasionally she accidentally makes a fashionable mistake.

Sometimes the Universal Shopper comes out to help her, and such was the case on Sunday.  We found Barry a chair.  I dragged it out of the dressing room at Kohl’s and he sat, prepared to judge the Wedding Dress Contest.  I brought in four dresses (two dresses, different colors, different sizes).

Second dress:  aubergine.  Ha!  Aubergine!  You all know what color that is, don’t you?  Eggplant!

“I like that one best,” says the chair-sitting judge. 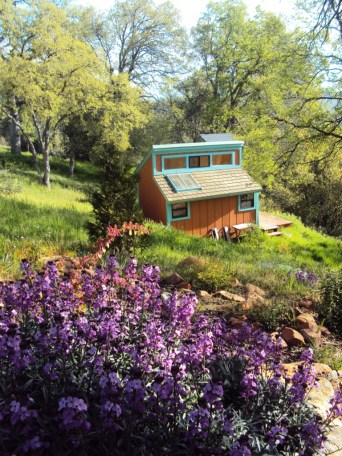 In which your blogger looks for photos which depict the color of the dress.

It does fit, doesn’t it?  She does like it, doesn’t she?  But will others like it, besides the judge?  Will the bride like it?  My mother?  These decisions can not be made too casually, you know.  These aforementioned others are “real” shoppers who know their stuff.

The mother-of-the-groom has to ponder these things, especially if she’s the world’s worst shopper.

An elderly woman pauses to look at the aubergine lady.

“I really like that dress!” the elderly woman insists, without even being asked.  “Buy it!”

(The elderly woman, of course, was the Universal Shopper in disguise, tipping the hat and making sure Kathy buys the aubergine.)

“I hope I get to see you wearing this dress somewhere!” the white-haired wonder adds as she disappears into a rack of clothes before we have time to tell her about San Diego.

My mother has tried to teach her daughter that shoes Matter.

Her daughter doesn’t get the point.  She thinks shoes are utilitarian creatures designed for comfort only.

Kathy tries on heels, grimacing, already in pain, knowing this will be a total failure.  She hates heels with a passion.  She would rather jump in Lake Superior in October than wear heels for a night.  She wore flats for the Nicaraguan wedding even though, yes, all the fashionable ladies donned spikes.

Suddenly, here at Kohl’s, your shopper discovers wedges that look–yes, really, do they look acceptable?–and husband says, oh so helpfully, “Yes, Kathy, those will be perfect!”

Then we notice, we astute shoppers, that these glossy wedges sport a look that actually mirrors the dress.  One of those swirly knots which mirror the swirling knots on the aubergine.  The dress and the shoes match!  Aren’t we lucky?  Aren’t we fortunate?  And we didn’t have to jump in Lake Superior because of awful high heels which should be banned from the planet, except so many people think they look cool or sexy or wedding-appropriate.

(Thanks, Chris and Seunghye for stipulating a casual wedding!  You guys are the best.)

Note where the Buddha is sitting. Aubergine?

The only purchases left to make in the next two weeks:  Appropriate Necklace.  Something that matches aubergine, please.  We analyzed sixteen different jeweled dangling creations, but none leaped off the shelves insisting, “Take me!  Take me!”

My goodness, this entire post hath been dedicated to wedding shopping.  You’re wishing you could see a photo of the dress, aren’t you?  Sorry, my sweets, you shall have to wait until the Event.  I promise one aubergine photo for you some time after the wedding.

In the meantime, if you’re wondering how it looks, buy an eggplant.  🙂

I live in the middle of the woods in Michigan's Upper Peninsula. Next to Lake Superior's cold shores. I love to blog.
View all posts by Kathy →
This entry was posted in Uncategorized and tagged blog, blogging, family, humor, life, shopping, thoughts, wedding, writing. Bookmark the permalink.

102 Responses to It’s aubergine for the wedding, by goodness!