Did I forget to tell you I’m a grandma now?

The important things we forget to blog about.

Fortunately, I recently remembered what I forgot to tell you.

Since mid-June I’ve been a grandma! 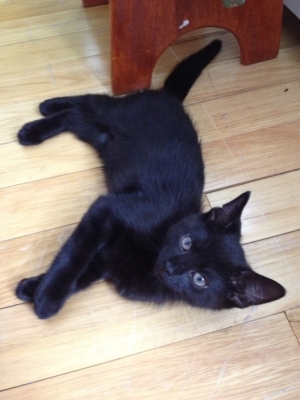 My daughter called in early June and said, “Mom, guess what?  We’re going to adopt a kitten.”

“Yes,” she replied earnestly, “but don’t tell anyone yet.”

She continued enthusiastically about the kitten of her desire, a sweetie of a black-haired cat she discovered on the Internet. 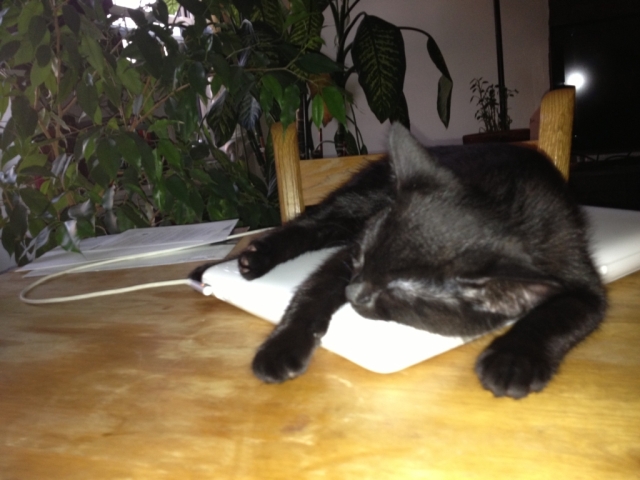 I hung up the phone and thought about the cats with whom we’d shared our Little House in the Big Woods over the years.  First, there was a gray cat named Mango. Followed by Mitch or Mittens (depending on who called the cat) and the Final Three:  Hunter, the Spiritual Cat, Lancelot The Pisser, and Daisy the long-haired scaredy-cat with fleas.

OK, forgive all the explanatory nicknames, especially the one of poor Lancelot, bless his soul.  They were all complex amazing creatures whom we loved.  Whom we got irritated with.  With whom we shared our lives for years and years as they shed their kitty hair and behaved in proper and improper ways.  I could write six blogs telling you all about them, but no, this is about my grand-kitties.

After Daughter hung up the phone with my lips sealed until her command, the phone rang again.  It was our #1 Son.

(I thought:  this can’t be happening.  The kids had not even talked about this together.  They BOTH called independently within twenty-four hours of each other with the SAME news?  And my lips were sealed.  I couldn’t even point him in the direction of his kitty-adopting sister. Figures.) 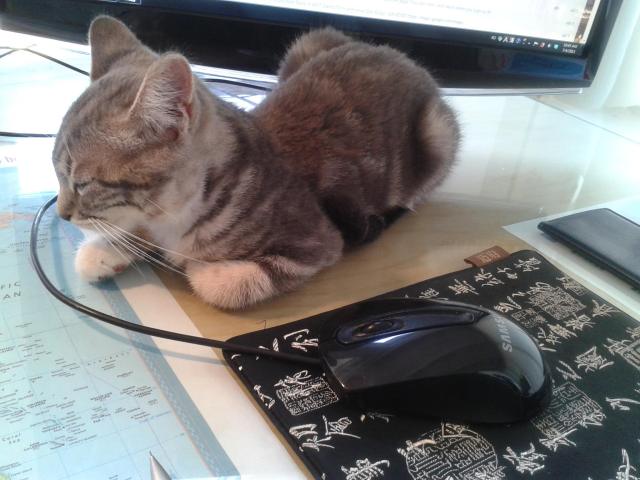 Mango and a mouse

“That is great!” enthused the lip-sealed mama.

My grand-babies (or kitties, if you must get specific) arrived later in June. 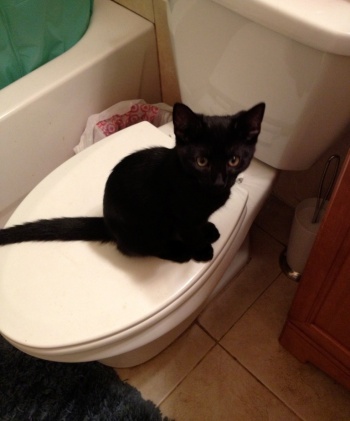 Daughter’s kitten was named Kinder.  This, as you may know, is the German word for “child”.

Son’s kitten was named Mango, in honor of son’s first kitty when he was a wee sprite in the Northwoods. 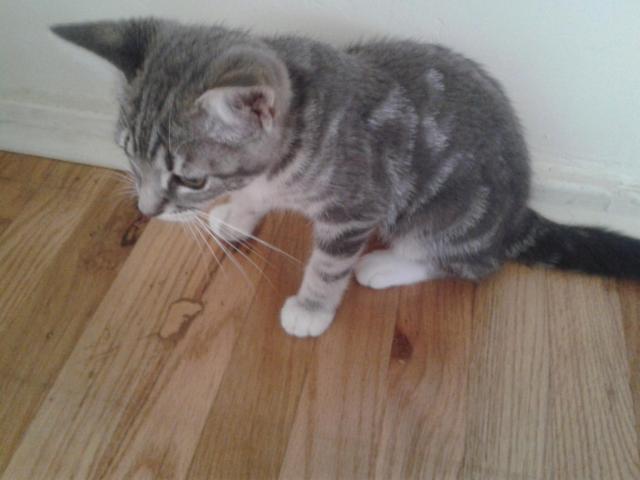 We had suggested they adopt female short-haired cats.  I was assured they both complied, until Daughter’s vet announced that their lovely girl-cat was unexpectedly…a boy.

Son and daughter-in-law adopted a kitten found in a trap.  She’s a short-haired female, a bit of a scaredy-cat, becoming more confident daily.

Chris recently reported that Mango has learned to dismantle all of the blinds and shades, pulling out every pushpin from his bulletin boards, and being a general nuisance. But she also enjoys sleeping on his lap while he works or reads. 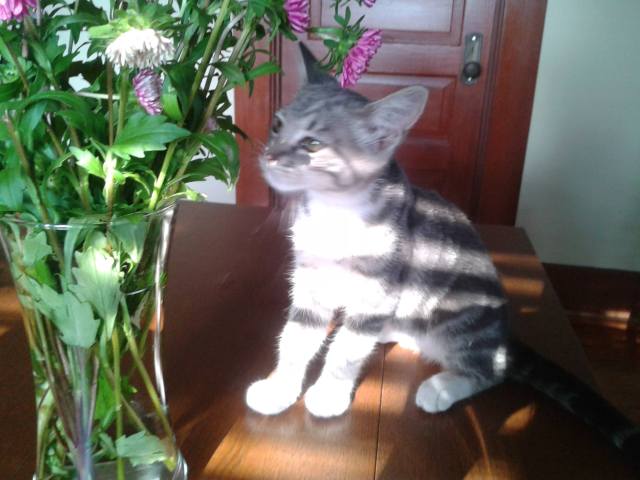 Kinder is a fearless independent spirit. He loves to explore new areas like the hallway and the bathtub and to meet new friends (like the dogs he met at the vet).

Grandma gets the updates all the time.  They both received good grades at their vet appointment this week, aren’t we all happy?!

I’ve not yet become one of those grandmas who show their offspring to the world…OK, until now.  Pretty soon I’ll flash dozens of photos and share with all my friends like any doting grandma. 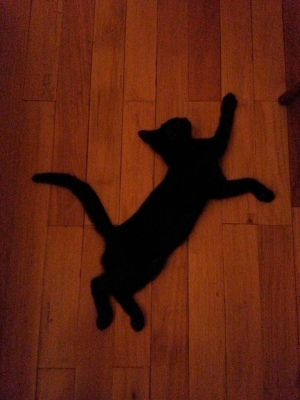 It’s the Chinese Year of the Cat. We’re sure.

I kid you not.

(And in my dream I now have adorable grandcats!)

Hope you enjoyed the introduction to my fur grand-babies.  Daughter has suggested I write regular posts about the kitties…

I live in the middle of the woods in Michigan's Upper Peninsula. Next to Lake Superior's cold shores. I love to blog.
View all posts by Kathy →
This entry was posted in July 2013 and tagged cats, Ein Herz fur Kinder, family, humor, kitten, life, pets, thoughts. Bookmark the permalink.

45 Responses to Did I forget to tell you I’m a grandma now?