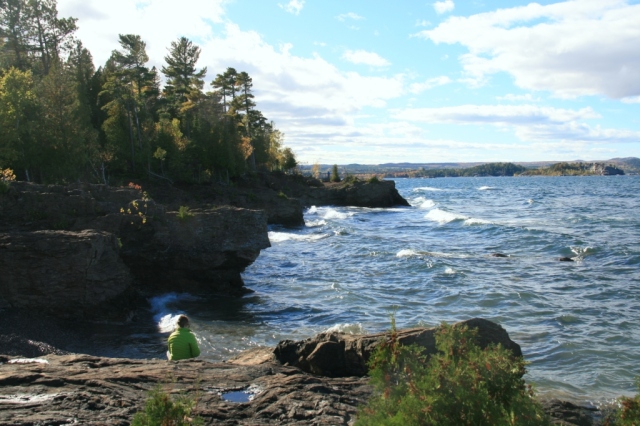 Last weekend, as many of you might recall, was the Weekend of the Susies.

On Sunday, blogging buddy Suzi Banks Baum, from Laundry Line Divine, and I met in person (for the first time) and proceeded to dine at the Sweetwater Cafe in Marquette before driving out to Presque Isle to play along the infamous Black Rocks. (She met up with two Kathys while I was meeting up with two Susies during the weekend.  You can read her tale of Two Kathys here.)

The Black Rocks, rumors say, lie jutted along Lake Superior as some of the oldest stones on the planet.

It’s a wonderful place to stroll with a real live blogging friend.

A lake never before so blue

The Black Rocks are also famous because the young (and young-at-heart) actually jump off a cliff into Lake Superior far below.

I am a scaredy-cat-at-heart and *probably* would never do such a thing, although I suspect Suzi might.

Waves never before so playful

Sunday proved a ch-ch-chilly afternoon here in the North woods.  We donned our warmest jackets.  I wore a hooded sweatshirt AND a blue fleece and a passing man warned, “You won’t be warm enough!”

The wind blew fiercely, cutting through the thickest of clothes.

Pools among the rocks

I’ll just let you look at the pictures now and pretend you were with us, shall I?

P.S.  You’ll never guess what happened (or didn’t happen, depending on how you look at it.)   Kath Usitalo, from Great Lakes Gazette, later said she visited the Black Rocks at the very same time!

She asked if we noticed a splatter painted jeep.

I, of course, only noticed Suzi, the lake and the Black Rocks and the man who joked about the jacket.  Oh, and the cliff jumpers and the cedar and the algae, but no, did not even LOOK at vehicles in the parking lot.

Suzi, observant soul that she is, had SEEN the splatter painted jeep!

So another blogging friend was loose on the Black Rocks at the very same time!

Isn’t it a small blogging world? 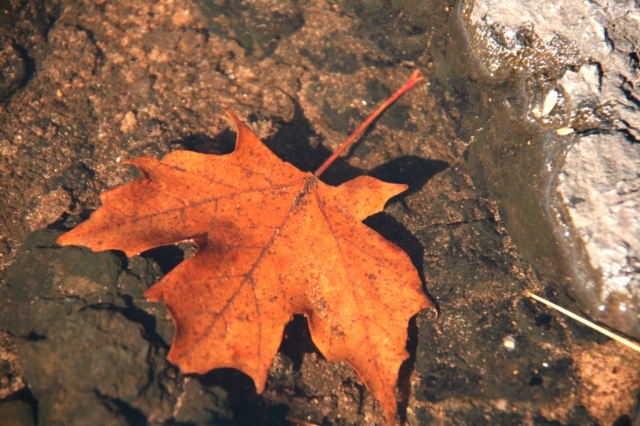 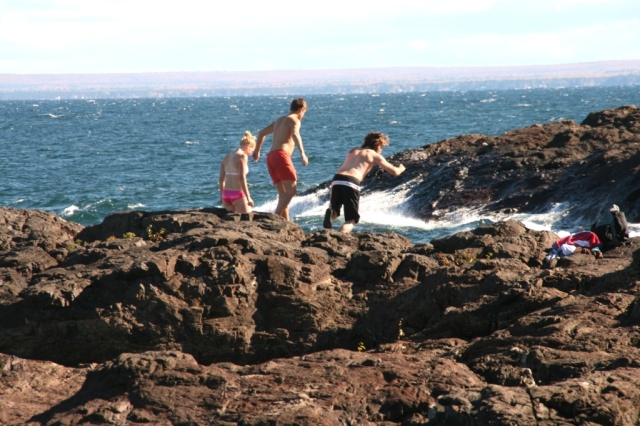 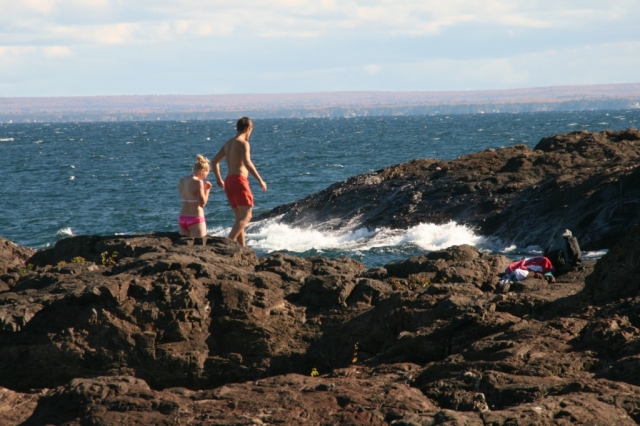 Where once there stood three…

Across from where the kids jump

Jutting rock. He contemplates the jumpers. 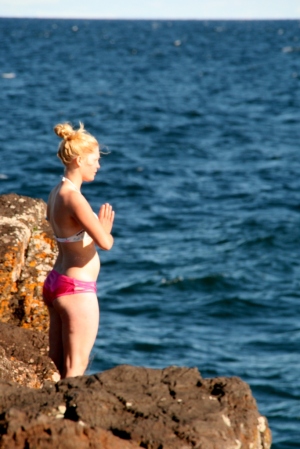 Oh look, here’s a brave one!

Swimming in Lake Superior in October; can you imagine? 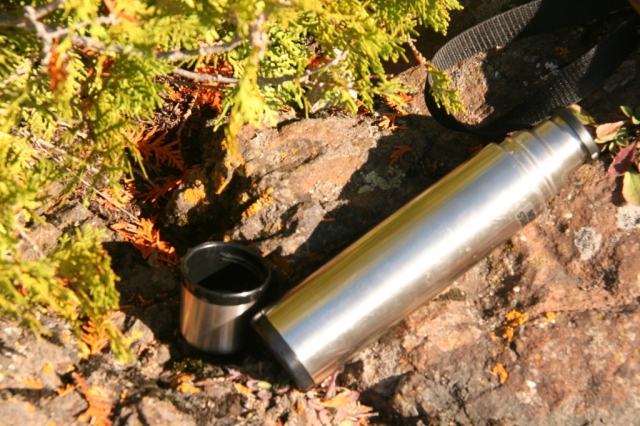 Autumn colors are so beautiful 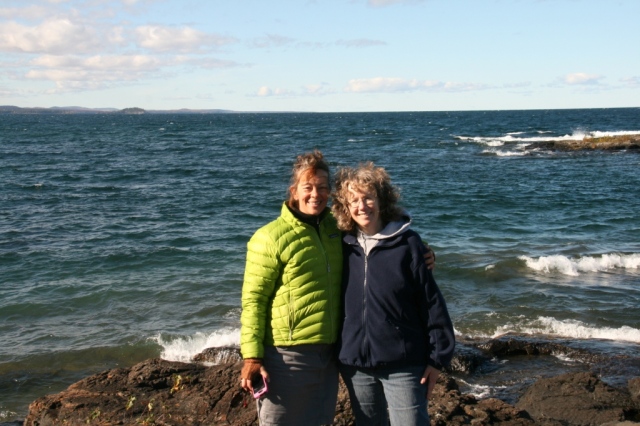 Just a final question, dear reader. Would YOU have leaped from the Black Rocks cliff into Lake Superior in October? Are you more of a dare-devil jumper or rock-squatter sipping steaming tea?

I live in the middle of the woods in Michigan's Upper Peninsula. Next to Lake Superior's cold shores. I love to blog.
View all posts by Kathy →
This entry was posted in October 2013 and tagged Black Rocks, blogging friends, Kath Usitalo, Lake Superior, Michigan, nature, photography, Presque Isle, Suzi Banks Baum, Upper Peninsula. Bookmark the permalink.