On Sunday I wrote about cultivating the unexpected, about Elizabeth Gilbert’s book BIG MAGIC and about courting a life that refuses to stay in ho-hum ruts.

Inspiration begged me to start a daily journal recording Unexpected Happenings during each day.  When inspiration strikes me (I don’t know about you) it feels like a fire burning deep inside.  It feels like you’re suffused with joy, paddling in the flow of life, deeply in love with the creativity of the spanking brand-new moment of possibility.

However, if you’re anything like me, inspiration has a way of snuffing out.  The flame of delight too often dies.  You often can’t create a roaring bonfire with one match of inspiration.  Somehow you need to keep kindling the baby fire with sticks of dry kindling, coaxing it into a sustaining fire, one that gives light and warmth and toasty marshmallows.

Another shot of this morning’s colors in the woods. Unexpected. Gone in ten minutes.

I have a history of huge bursts of creative inspiration followed by fallow fields. Starting in Third Grade I would write stories with no endings.  They started out SO STRONG with so much inspiration and by page six, then simply fizzled.  Adios, goodbye dear story, where did you go?

In Fourth Grade I did write an epic novel of 148 pages and damn straight finished it.  What a success!  It was about a little girl named Gretel who escaped the Nazis.  She ran and ran and ran, visited castles in Bavaria, and basically got away from the Bad Guys with guns.  (I was deeply affected by the Sound of Music and spent the next 40 years dreaming about escaping from Nazis.  Who knows?  At one time I was 100% convinced I died surrounded by barbed wire in the Holocaust.)

The little novella sits up in our attic in the Little House in the Big Woods even today, along with two hundred once-inspired but unfinished tales.

So, with this history, I have been very interested all week with these questions:  What kills inspiration?  What nurtures it?  How does one invite inspiration to live alongside of you, to keep you wooing the Unexpected hour after hour, day after day?

I think we can summarize the answer to the killing question with one word:  FEAR.  Fear in its many boring variations.  Starting on Monday I watched all the ways the mind began to damper the flame of inspiration.

You get the drift.  I am only listing three arguments from the direction of Expected Thought. There were at least 75 snarky comments from the mind in the past five days.

“I’m scared,” said Goldilocks to the Three Bears, “I simply can not keep up the inspiration of creating this porridge. I must go back to doing the expected.” 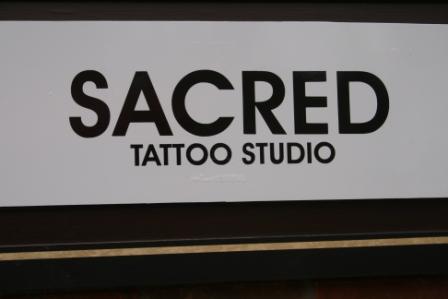 Is this picture unexpected? Did you think it said “Scared” when you first noticed it? Isn’t it interesting how scared and sacred look almost alike?

As I analyzed and thought and journaled about this challenge during the week, here are a few pointers that seem to be keeping me faithful in my commitment to marry the unexpected. 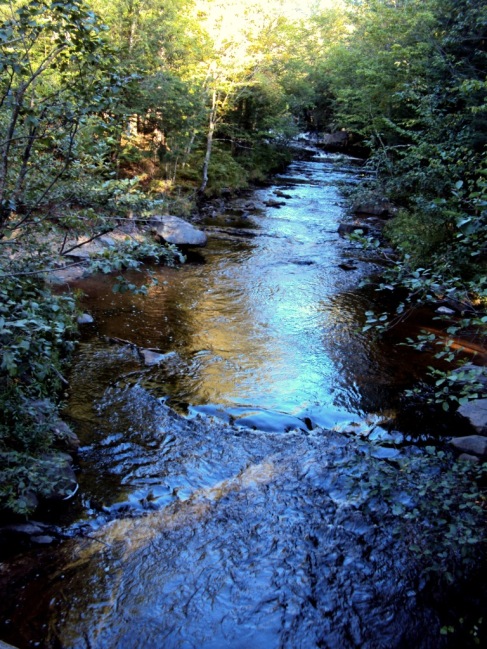 Having thoroughly dived into the swimming pool of analyzing fear–and learned one heck of a lot about how to breast-stroke through some of the mind’s paralyzing responses–let me share some of the Unexpected Happenings that rocked this week (as recorded faithfully in the journal).

I live in the middle of the woods in Michigan's Upper Peninsula. Next to Lake Superior's cold shores. I love to blog.
View all posts by Kathy →
This entry was posted in April, 2016, Unexpected and tagged creativity, fear, humor, inspiration, intention, life, possibility, scared, Unexpected. Bookmark the permalink.