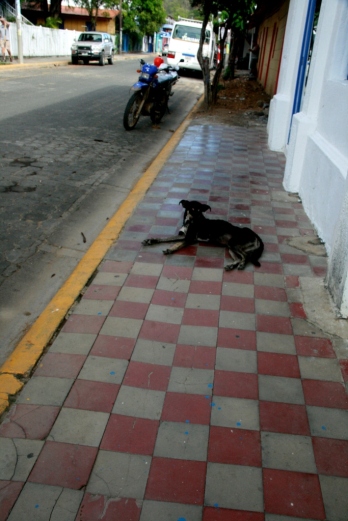 OK, pals, this is one of those blogs that I sometimes write with nothing to say.  It’s kind of a stream-of-consciousness blog, so stay away if you want something congruent and logical. (Although, who knows, perhaps that may happen!  I cannot predict.)

Memorial Day weekend hath come and gone.  It’s been memorable.  My first cousin Tanzylee and her husband Marty came visitin’.  This is memorable simply by the fact that they built a cabin in our neck of the woods eleven years ago–and we’ve never visited with them yet!  (This had something to do with the fact that we had three cats for years and Marty is terribly allergic to cats.)

We decided It was Time and invited them over and spent almost four hours–four hours, mind you–talking and laughing and drinking and eating and sharing, and all the things one does when one knows someone since childhood.  Tanz was actually in my wedding, back in the 70’s, no kidding.

What’s odd is that we spent almost four hours talking.  As my friend, Ruth, can attest–I have trouble talking beyond the two hour range.  After that my thoughts go fuzzy and the eyes cross and it’s just challenging.  So how this happened–well, it can only be labeled in the miracle category.

Marty remembers EVERYTHING from childhood.  His folks were business owners in my hometown and we both talked about the challenges of growing up when you’re expected to behave or else.  It sounds like neither of us behaved admirably at times, but it looks like we survived to adulthood to laugh about it.

We’ve made a pact in blood–no, no, just in promises–to meet again at their cabin in the near future.  I’m holding them to it.  It was just too much fun.

I also have a terrible confession to make to my vegan friends.  We bought hot dogs–with skins–and chicken breasts for the Memorial Day celebration.  OK, the hot dogs will probably still exist come Thanksgiving, but we have not seen those dogs in our house since the days when my gall bladder existed.  Even then, I did not like hotdogs.  Husband does, though.  I swear I did not eat one.

Seriously, the bleeding hearts are bleeding just outside our front door. I love them so much.

Changing the subject–although not really–I wrote a one-page run-on sentence three days ago.  Seriously.  I decided that periods and commas and paragraphs were over-rated and decided to write until the thoughts petered out.  It was quite an exercise!  Have any of you ever written an entire handwritten page with no periods or commas?  It tells a lot about a person.  What one will allow to be revealed.  Just sayin’.

For those of you dying to know–I am still faithfully recording in the Unexpected Journal.  It’s been, hold on, let me check, thirty-five days since inception.  However, it has morphed from an Unexpected Journal (please read this blog if you’re utterly confused about what I’m referencing, as it’s a much more sane post than this one) into a Flowing Journal.

What is a Flowing Journal, you ask?  It’s a journal where one records what flowed (sometimes unexpectedly) throughout the day.  What’s Life Affirming.  What shines. What sings.

I also want to report that maybe 86.9% of the days shine or sing in some small way.  (Some days large ways!)  The rest of the days are ho-hum or challenging and then one must dig deeply for inspiration.  Those are the days when the journal is needed.  One prompts oneself toward doing something out-of-the-ordinary to catapult one from the blues.

(Full disclosure:  today has been a hard day.  Thus the need for an entertaining blog.  I really need some levity! Be kind in the comments, or I am may cry.)

I could keep writing for another 400 words, but shall spare those of you who do not like stream-of-consciousness writing, but are still hanging on out of loyalty or confusion.  We are having brook trout for dinner, gifted by Barry’s fishing partner, Nancy and her husband, Don.  They will be grilled with their heads on.  I am pondering fleeing.  I could tell you where I might be fleeing but that would definitely be another 400 words and…for those of you who did not want to try the death exercise described in the last blog…have any of you ever considered writing a stream-of-consciousness post?  It can be very illuminating. 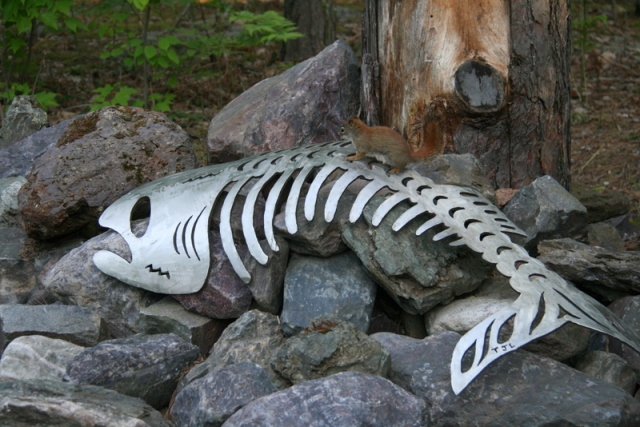 Tonight’s dinner. (Not the squirrel.)

I live in the middle of the woods in Michigan's Upper Peninsula. Next to Lake Superior's cold shores. I love to blog.
View all posts by Kathy →
This entry was posted in May 2016 and tagged barbecue, blogging, flowing, humor, life, musings, personal, stream of consciousness writing, thoughts. Bookmark the permalink.

37 Responses to Barbecue sauce, cousins, and maybe a sideways grin