The freezer is still intact, thank you kindly, Jimmy Buffett.

Yesterday I vetoed the on-line world.

Almost.  Did not visit Facebook or WordPress or even my personal email.  (Did visit email and Internet at work.  One must, you know, if one seeks to retain one’s job.)

It proved a worthwhile sabbatical.  I prophesied a break until next Tuesday to my husband–if not until the end of time–but he told me I had 34 emails this morning, so just had to peek.

We had another six inches of fluffy snow last night and I have a looooong weekend with nothing much to do….so must make a confession.  Lean close.  I am blogging out of sheer boredom.  Perhaps even Cabin Fever blogging.  Am sooooo ready for March to hang up its snowshoes, but they’re predicting another possible storm early this week! 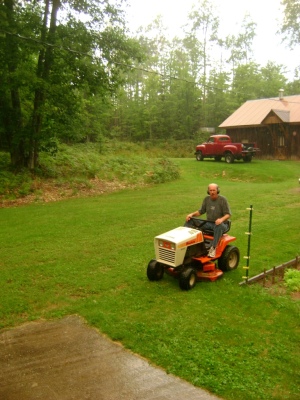 Green grass. (I’m sure no one was complaining about lawn mowing!)

In a fit of pique (don’t you love that word?) I took the camera outside and took snow photos, thinking perhaps to show you the depth of our drifts.  However, am frowning at said photos still in camera and don’t want to upload them.  It would be like approving of the snow, don’t you think? 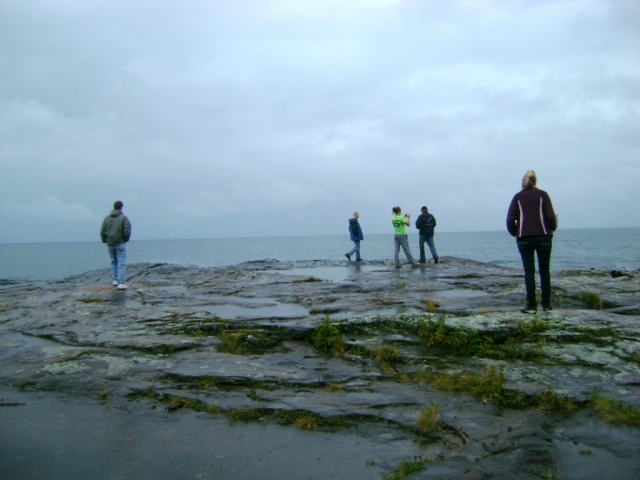 Instead, I have been viewing old photos from 2009-2012 and determining which of the children to delete.  (I don’t mean my actual children; I mean the photo-children.)  How does one decide which photos to toss into the recycle bin?  Isn’t it the hardest thing?

If my mood continues thus, another 400 photo children may go. Begone, you memories!  Into the garbage.  Ms. Ellie, the laptop computer, is reaching advanced old age.  She’s so advanced, in fact, that sometime soon we may have to ditch her as well.

I think I shall liberally salt and pepper this post with some ancient photos from 2009 which missed the dreadful cut.  They’ve been saved by some force of nature.

Woman made completely of stones

In addition, all the photos reveal summertime splendor.  (Ha, Winter!  We’ll get back atcha yet…)

I do understand souls who get Seasonal Affective Disorder.  I’m exceptionally fortunate this year that Winter has progressed so smoothly without any inner despair.  Until recently. (And don’t you all be fussing.  I could be singing by supper.  Or maybe in time for lunch.  Except it’s snowing even harder right now.) 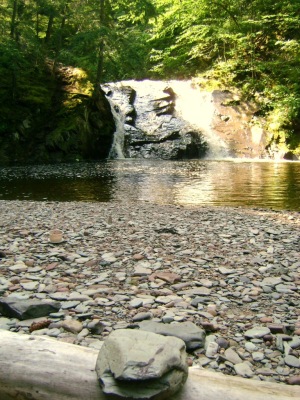 Will not, as Jimmy Buffett sings, Shoot Six Holes in My Freezer due to a bad case of Cabin Fever.  Have not even contemplated Boat Drinks.  Yet.

No, instead, will just go shovel some more snow…

Let’s remember this advice, shall we?

I live in the middle of the woods in Michigan's Upper Peninsula. Next to Lake Superior's cold shores. I love to blog.
View all posts by Kathy →
This entry was posted in March 2013 and tagged blogging, cabin fever, Jimmy Buffett, life, nature, personal, photography, photos, Seasonal Affective Disorder, snow, thoughts, winter. Bookmark the permalink.

30 Responses to The freezer is still intact, thank you kindly, Jimmy Buffett.